After taking her daughter to softball practice, Kelly Sosnowski popped over to the mall to run an errand.

Walking inside, she felt a heavy pain in her chest and upper back. She paused and the pain let up. But when she started walking again, the pain returned.

She found a place to sit and rest for a few minutes and the pain went away. It reminded her of the feeling from lifting heavy boxes. Although she hadn't been doing anything strenuous, she chalked it up to muscle soreness.

The next morning, Kelly was working from home. The tightness in her chest and back returned and was painful enough that she called her general practitioner.

"If I didn't know better, I'd think I was having a heart attack," she joked with her doctor.

The doctor said it sounded muscular and suggested that Kelly ice her back. She did and it helped.

That night, the tightness returned. It was even worse, causing shortness of breath.

"Should we go to the emergency room?" her husband, Brian, asked.

She had no reason to worry. At 41, she was healthy, ate well, wasn't overweight and had regular medical checkups.

In the shower the next day, the pain flared when Kelly raised her arms to wash her hair. An hour later, on a broiling Saturday in July, the family headed out to their son's daylong baseball tournament an hour away.

Kelly felt the pain all day.

"She watched most of the game from the car, with the air conditioning cranking," Brian said.

Although they had dinner reservations, Brian insisted they go straight home. That is, until he saw Kelly bending forward in the front seat in pain.

"We're going to the hospital now," he said, turning the car around and calling his in-laws to meet them to take the children.

In the emergency room, tests signified that Kelly had suffered a heart attack. It was verified the next morning with an echocardiogram. Her left anterior descending artery – the artery that feeds blood to the front and left side of the heart – was 95% blocked. The next day, doctors implanted a stent to restore blood flow to the heart.

Through those first two days, Kelly observed the activity around her without emotion, as if she were looking down on it, she said. Only after a visit from her son and daughter the day after surgery did the severity hit her.

Kelly went home the next day. Because of concerns about how much blood her heart could pump, she was given a wearable defibrillator, a vest-like device that monitors the heart and can deliver a shock to restore a normal heart rhythm if needed.

Instead of being reassured by the defibrillator, Kelly and Brian felt the opposite.

"I was scared to live and afraid to die," Kelly said.

"I felt like I slept with one eye open until that vest came off," Brian said.

One month later, Kelly's cardiologist declared that her heart had made a full recovery and she no longer needed the vest.

"I was still scared to death, the way this came out of left field," said Kelly.

She does have heart disease in her family – an uncle died of a heart attack and her father is monitored by a cardiologist – but had no previous health issues.

"At first, I was telling everyone that I was just short of a heart attack. But then Brian said, 'No, you had one,'" she said.

She initially didn't want to go to cardiac rehabilitation because "I'm young and healthy and you're putting me in rehab for some deficiency I don't have," she said. "But I ended up loving it. It taught me I could trust my heart again and gave me the confidence to feel like I could be active and not die."

In February 2018, Kelly attended her first American Heart Association event, a Go Red for Women luncheon, where she shared her story.

"I realized how important that was to my healing, both to hear other people's stories and to tell mine," she said.

She realized her story isn't unique. Women wait longer than men to get treated for a heart attack, research shows. The median delay is about 54 hours in women and 16 hours in men.

Three years later, Kelly said, "I feel totally back to normal. I didn't think this day would ever come."

She's back to exercising and monitors her heart rate and blood pressure. She still volunteers to speak to groups about her experience, hoping others won't dismiss their symptoms like she did.

"There is never a day that passes that I don't think about my heart attack," she said. "I found strength I didn't realize I had, and I'm so grateful for my time with my family." Her arm pain wasn't from skiing – it was a heart attack 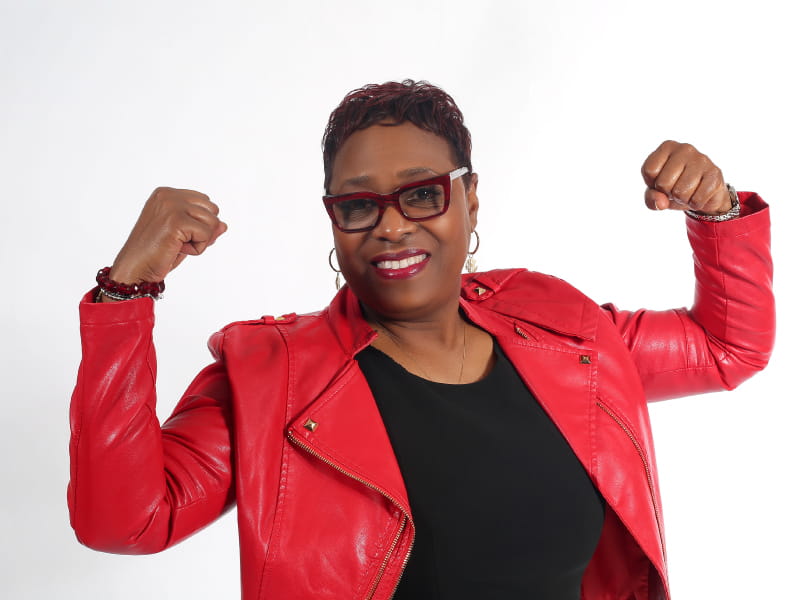 Nurse misread symptoms of her own heart attack