Obstructive sleep apnea, a type of sleep disorder characterized by disrupted breathing, may be linked to changes in blood pressure and heart structure in children and adolescents, according to a new scientific statement.

The American Heart Association report urges parents and health care providers to consider testing for children who exhibit symptoms, have obesity or have enlarged tonsils, which puts them at higher risk.

Estimates show up to 6% of all children and adolescents have obstructive sleep apnea, according to the statement published Wednesday in the Journal of the American Heart Association.

Symptoms of obstructive sleep apnea include habitual snoring, gasps, snorting or labored breathing while sleeping, daytime sleepiness, sleeping while seated with a distended neck, a headache upon waking and signs of an upper airway obstruction. The condition often occurs in children with obesity. About 30%-60% of children who meet the criteria for obesity – having a body mass index in the 95th percentile or higher – also have sleep apnea.

"We need to increase awareness about how the rising prevalence of obesity may be impacting sleep quality in kids and recognize sleep-disordered breathing as something that could contribute to risks for hypertension and later cardiovascular disease," statement writing group chair Dr. Carissa M. Baker-Smith said in a news release. Baker-Smith is director of pediatric preventive cardiology at the Nemours/Alfred I. duPont Hospital for Children in Wilmington, Delaware. She also is associate professor of pediatric cardiology at Sidney Kimmel Medical College at Thomas Jefferson University in Philadelphia.

Obstructive sleep apnea is associated with cardiovascular disease in adults but less is known about how the condition affects the immediate and long-term heart health of children and adolescents. A review of the most current research included in the statement found evidence it can impact emotional health, as well as the immune, metabolic and cardiovascular systems in children and adolescents.

Children born prematurely, who have delayed development of respiratory control and smaller upper airways, also may be at higher risk for sleep-disordered breathing. However, this risk gets smaller as children grow.

The statement supports recommendations from the American Academy of Otolaryngology and Head and Neck Surgery that say sleep studies, or polysomnographies, are the best test for diagnosing sleep-disordered breathing. Prior to getting a tonsillectomy, children should take this test if they have conditions that raise their risk for breathing complications during surgery. These include obesity, Down syndrome, craniofacial abnormalities such as a cleft palate, and disorders such as muscular dystrophy or sickle cell disease.

Even mild cases of sleep apnea – defined as just two pauses in breathing per hour – are associated with a higher risk for metabolic syndrome in children. Metabolic syndrome is a cluster of factors including high insulin and triglyceride levels, elevated blood pressure and low levels of high-density lipoprotein, or HDL, the "good" cholesterol. Continuous positive airway pressure, or CPAP, is a treatment for sleep apnea that delivers pressurized air through a mask that can lower triglyceride and improve HDL levels.

Long-term, severe sleep apnea also may put children at higher risk for pulmonary hypertension, when pressure in the blood vessels from the heart to the lungs is too high. The statement committee recommends that future research on how sleep apnea affects children's risk for heart problems incorporates 24-hour blood pressure monitoring and measures of metabolic syndrome factors. 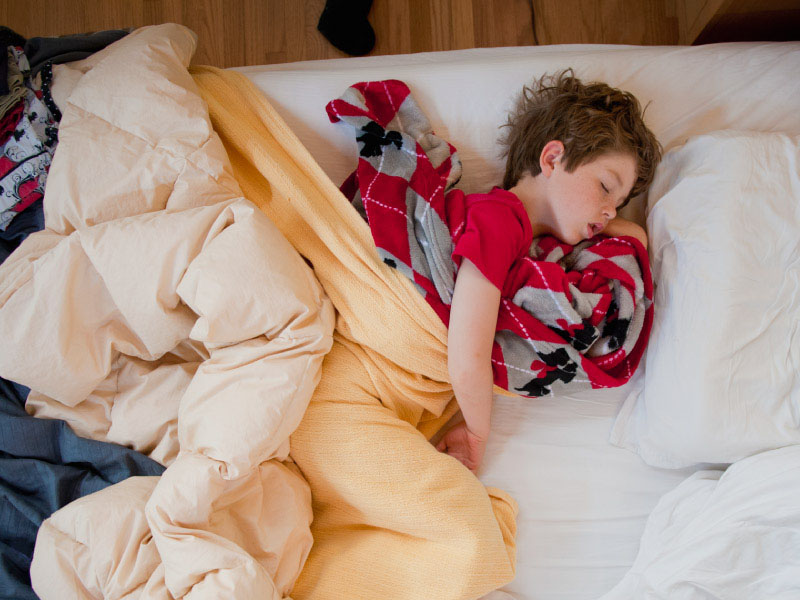 Healthy hearts and brains get their start in childhood Experts urge treatment for sleep apnea, as it can worsen heart problems